Soil stabilizers are surfactants that can improve soil compaction and increase their strength. As a result, the amount of cement in the soil mixture when using a stabilizer is reduced while maintaining the equivalent physical and mechanical characteristics of the reinforced soil. The probability of cracking is eliminated or significantly reduced. The most effective stabilizers when they are used also give a significant economic benefit from saving fuel costs, since there are plasticizers that reduce the shear resistance when compacting the soil, reduces the number of passes of the roller.

When using stabilizers, more compaction is achieved than without a stabilizer, and cement savings reach 30%, and in some mixtures even more, allowing you to avoid the risk of cracking while maintaining stable strength and frost resistance.

All this is very beneficial for road builders, in order to reduce costs, to use roadside construction soils, such as sandy loams, loams and clays, for the bases of road coverings and hard surfaces of local roads, such as ubiquitously bound soils - sandy loam, loam and clay.

Using cement as a binder to strengthen the soil, it would seem that this desire is realized: reinforced local soil is used instead of gravel and crushed stone mixtures, the required strength indicators and a good economic effect are achieved. However, with the use of cement, the tendency of compacted cement soil to cracks increases and this tendency is greater the greater the proportion of cement and
the higher the number of soil plasticity. The contradiction is that in order to increase the strength of the indicators, moisture resistance and frost resistance, the amount of cement must be increased, but crack formation at the same time worsens these indicators. Numerous studies show that the limit feature of cracking is six percent or more of cement in bonded soils.

Why are we talking about cement as a binder in a soil mixture, and not about others
binders such as: lime, bitumen, polymer adhesives? Because none of the existing binders currently, according to their consumer properties, including the price of application, does not reach such indicators as from the use of cement. Cement is not just a material of the century, it is a unique material of the millennium!

In the field of the purpose of stabilizers, it is possible to distinguish a feature peculiar only to soil stabilizers: their ability to eliminate contradictions when using cement in a soil mixture. 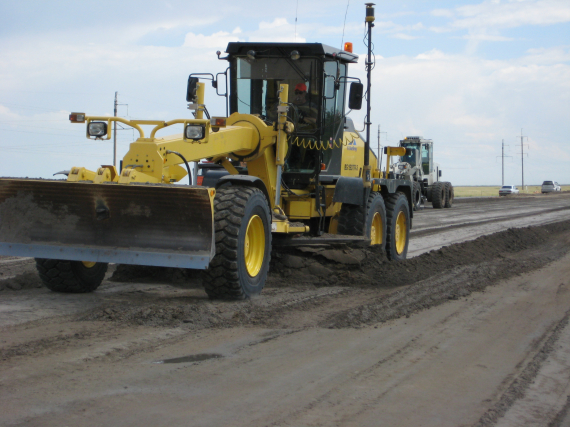 The production capabilities of Dnipro Association-K LLC allow us to produce 400 tons of Dorzin per year, which is enough for the construction of more than 10,000 km of roads with a width of 8 meters!

Dorzin-an enzyme preparation, a stabilizer of road construction-works well on sandy loams and loams, widely distributed in Ukraine. It is possible to make a mixture for almost any soil, including humus soils. It can be used in a wide range of weather and climatic conditions. New or reconstructed roads treated with Dorzin to the recommended depth will retain a strong and crack-resistant surface that requires minimal effort to maintain in working condition, and does not need additional coating for many years.

ATTENTION!!! Recently, cases have become more frequent outside of Ukraine with offers to sell the drug DORZIN .

Selling Dorzin to the population is meaningless. The method of cold pressing, in which it is used, requires the use of road construction equipment: a grader, a recycler, a skating rink. This technique can not be used on small volumes in conditions, for example, a household plot.

In Ukraine, the drug is supplied to road construction organizations that own the technology of working with Dorzin directly from LLC "Dnipro Association-K".

Apply , we will get back to you as soon as possible

We will not leave you unanswered!

Write a question, we will call you back!