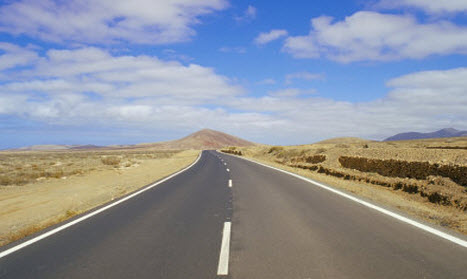 In June 2007, construction began on a Category I highway using the enzyme preparation Dorzin from the capital of the Kazakh Republic of Astana to Petropavlovsk (1000 km) through the resort town of Borovoye (300 km section). In 2007, 50 km of the road will be built. At the end of July 2007, more than 20 km of finished pavement with hard surface 16 meters wide (half the profile of the road) were built. The part of the road under construction is adjacent to the existing road, on which the traffic does not stop.

800 meters of finished road pavement with a concrete width of 16 meters are built per day.

The following technology has been developed:

1. 5 quarries with homogeneous soils were discovered along the 50 km section of the road under construction, the characteristics of which are within:

3. In the quarry, 3 sites for the preparation of the ash-mineral mixture were organized (Photo 2).

On site 1, on the quarry soil, the prepared ash-cement mixture is imported.

At site 2, the ash-cement mixture is mixed with quarry soil by recyclers. A solution of the enzyme preparation is introduced (Photo 3.4) and mixed with recyclers to bring the ash-mineral mixture to the optimal ramming humidity.

From site 3, the prepared ash-mineral mixture is loaded by a loader onto vehicles.

After the finished ash-mineral mixture is transported, ash-cement mixture is delivered to site 3 and the operations are repeated, but in the sequence: from site 3 to site 1;

4. the finished ash-mineral mixture is delivered to the profiled base of the road under construction (Photo 5) and is planned (Photo 6);

7. After the formation of roadsides, pavement is ready.

On July 15, a productivity of 800 meters per day of finished road pavement with a concrete width of 16 meters was achieved!

Read our other news

We will not leave you unanswered!

Write a question, we will call you back!